I just finished a standup show with the SFCC Showcase at the San Jose Improv this afternoon, thought I'd post the results.

This set is an expanded version of Backup Plan, which I posted a couple of weeks ago - I had a bit more time to play with and a couple more weeks to work on it, so it's a bit different than the one at the Purple Onion.

I hope you like it. Don't tell my kids about it.

No man is an island. An island is always connected to a much larger land mass, so it can never be as isolated and lonely as a man.

Don't bite the hand that feeds you, unless there's a really good Bearnaise sauce to go with it.

Never judge a book by its cover. Judge it by its Amazon customer reviews from people you've never met.

Never put off until tomorrow what you can do today. Except suicide.
Posted by Chet Haase at 5/25/2012 No comments:

On Sunday, May 22, 2012, the West coast of the U.S experienced an uncommonly striking eclipse of the Sun. This is when the moon is in front of the Sun, instead of the other way around like it usually is.

I am new to photography and video as an art form, and have not done much with celestial events before, but I'm hooked. I look forward to doing much more of this.

First, here's a view of the eclipse as seen from California, where I live: 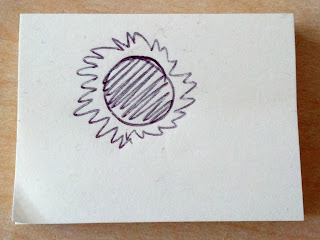 I was also able (through circumstances I cannot explain) to capture a similar image from Seattle: 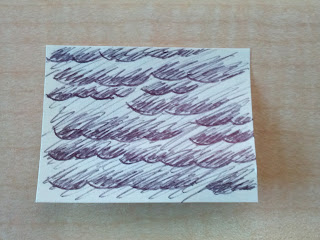 By some bizarre coincidence, I happened to have some very expensive photography equipment on me that allowed me to capture the event in a time-lapse video.

First, here is the eclipse as seen from California:

And finally, here is the eclipse again from Seattle:

All the world's a stage, and all the men and women merely waiters trying to get an audition.

Public speaking is the art of not knowing when to shut up.

Talk is cheap, so talk really fast to get your money's worth.
Posted by Chet Haase at 5/18/2012 No comments:

Here's my standup bit from the SFCC Underground show at the Purple Onion last week. Thanks to Craig for capturing it. The video is a bit rough and shaky (I can't believe Craig didn't bring a tripod. Some friend.). But I think it lends an air of gritty faux realism to the film.

I wanted to post this piece on Mother's Day, because it's all about parenting. And Costco.

And yes, the MC said "Chet House".  I'm sure it was a joke, because he's a comedian. It was hilarious.

It takes a whole village to raise a child, but only a single parent to screw them up for life.

Children should be seen and not heard. That's why the camera was invented. And earplugs.

As people are studiously trying to compose their Bucket Lists, I’m working on my own version: the F*ckit List.

The Bucket List (and yes, that token Wikipedia link sends you to a page about the movie, because Wikipedia has the good sense to not grace the bucket list trend with an entry) is the latest fad of mortality, where we’re supposed to think about, and theoretically do, all of the things that we want to do before we escape this mortal incarceration. Kilamanjaro, Everest, getting a date: all of our impossible dreams that we really could accomplish with enough focus, drive, and roofies.

But honestly - do you really want to climb Everest? Or is it just that you feel bad you haven’t done anything exciting in your life? I mean, I’m sure the view is lovely, if you can see past the blinding blizzard and stand the freezing sheets of falling ice long enough to gaze out on the valleys below. But do you really want to suffer the journey up there? Why? To say that you’ve done it? Just say you haven’t done it - it’s much easier, more relaxing, and more honest. Because really, would you ever make it anyway? With all of your fingers and toes?

The bucket list, to me, is a list of regrets that will fester in your head, nestled amongst the lunatic ravings of your final days. Sure, you might get to do some of them. But you’ll probably discover that doing so was a complete hassle (see my earlier treatise on Everest). And maybe they required too much sacrifice along the way. Sure, traveling with that rock band was an experience, but was it worth coming home to a house devoid of your spouse and all of your belongings?

There are plenty of things that I won’t be able to do in this life, but I’d rather have them be a mystery than itemize them in TODO notes that weigh heavily upon the paper and the mind. I’d prefer to be pleasantly surprised when I actually do anything that isn’t completely mundane than to aim for, and vastly undershoot, high goals of adventure and excitement.

When I am King, everyone will have a F*ckit List. This is a list of all of the things that could be exciting to do but... nahhhhh. They’re just not going to happen, and that’s alright.

I’ll give some examples to help you get yours going:

Mt. Everest, Kilimanjaro, and even that small hill 10 miles away: I’ve climbed hills before. It seems exciting from the base, but really it’s just an exhausting and forgettable way of changing altitude. Only the process of taking a flight, with the lines, X-Ray frisking, and crammed-stuffy-elevator environment is worse, but at least in an airplane you get to go way, way up. Do you really see yourself spending days, weeks, or even hours raising yourself just marginally higher than you are now?
F*ckit.

Timbuktu: This city, and others like it, sound very exotic and make you think that you should see it. But when you get there, you realize that it’s just another city with people, traffic, buildings, and probably a complete lack of the coffee shops you frequent. In the end, it’s really about the sound of the city name: Tim-Buk-Tu. It’s just a great combination of consonants. So say it a few times to yourself and move on.
F*ckit.

Dating supermodels: These people look really great on the page, apart from the staples in the middle. But do you really want to spend your time with someone that focuses so much on looking that good? Eventually you’ll get around to having a conversation and the passion will just die.
Besides, my wife would kill me.
F*ckit. (not them)

Playing major league sports: Really? You’ve gained 50 pounds of pure bratwurst since that near-winning season your junior year of high school and you think you can go up against these folks that have trained their whole lives to be the shallow, money-making machines they are? Have another beer and turn on the game.
F*ckit.

Read the Great Books: This one’s easy. Pick up just one of the books. No, not the Jane Austen or the Cervantes; these are humorous fiction and go down pretty well when you’re in the mood. No, I’m talking about Plutarch, or Aristotle. Pick it up and read a page. Just a page. Now, you think you want to spend the next several years reading the rest of that book, much less several others a lot like it?
Maybe try watching a PBS series instead. Or something on the History channel. Or just call it a day and watch Die Hard. Again.
F*ckit.


In the end, our lives are about our experiences. Do you really want yours to include taking notes on things you regret not having done yet and probably continuing to not do in the future? Listing goals and accomplishments seems too much like work to me. Try life instead.
F*ckit.
Posted by Chet Haase at 5/04/2012 No comments: