I generally try to stick to comedy here and post the more serious stuff on my technical blog. But occasionally I'll write something that's neither work nor comedy, and I have to put it somewhere (in addition to my Super Secret Diary And Psychotic Serial Killer Diatribes Notebook). So here's this.

I enjoyed the hell out of the Joe Satriani concert at the Fox Theater in Oakland last night. It's the first concert I've been to in years, if not decades; I generally think concerts are too overpriced and overcrowded to be worth the hassle. I learned some interesting tidbits at the show (beside the obvious bit about Satriani being pretty damn magical, but that wasn't anything new):

- Living Colour rocks: There was a warmup band that I didn't think much about before they started playing; then I realized that I knew this band. Living Colour rose to fame in the last 80s with a couple of hits and an interesting blend of musical styles, including straightforward metal rock. Blending this with amazing vocals and great instrumentals makes for good songs. I lost touch with them in the early 90s, and they disbanded sometime in there. Apparently they reunited some time ago and, also apparently, still have it. Their lead singer covers a broad spectrum from metal-friendly screaming to funk to gospel-like riffs (sometimes all in one song). The guitarist was a monster, totally in keeping with the speed-metal theme for the night and the bassist and drummer held their own as well, with the bass player playing an entire song on his own in the upper registers, reminding me of some of the Bend Folds Five use of bass-as-guitar songs.
And the best part: They were all dressed totally low key. I don't know that I've ever gone to a rock concert where the lead singer was wearing a tweed beret, jeans, and a sweater vest.
They're my new [old] favorite rock band to go research. And totally appropriate for my habit of not getting into a band until decades after everyone else gave up on them (I'm a bit slow on the uptake, sorry. I'm still heavily into Floyd and Gabriel-era-Genesis...).

- Satriani, like any musician of his caliber, hires amazing musicians for his tour. Better yet, he features them in a way that someone like him needn't. You'd think with the eponymously -named band that it would be all about him, but every member of the band has his part to play. For example:

- Mike Keneally: The second guitarist and keyboardist for Satriani was amazing on both instruments. For the most part, his guitar parts were rhythm, but he'd come forward and take the lead occasionally, including trading fours and eights with Satriani in a couple of tunes. Amazing to play that well on one instrument, jaw-dropping to see him also play the keyboard as well as he did.

- Macro Minnemann: The drummer was simply amazing. I've played with some very good drummers and have always thought that a master of that instrument was more fun to watch than any other musician because drumming is a full-body contact sport. When someone's playing a large kit with all four appendages rapid-firing every which way in perfect time, it's a joy to behold. And he had it in spades. At one point, the band took a break (as bands do), except them left him there to play a 10 minute solo. I've heard a lot of drum solos over the years, and generally you're ready for them to be over quickly. But a good drummer can make a song out of anything, and he did.

Anyway, that's probably enough gushing for now. I have to go - I have some new music to stream.
Posted by Chet Haase at 10/27/2013 No comments:

It's been a good three months. What am I saying? It's been a *wonderful* three months. Every day meant another day I'd get to spend with you: new levels, new types of candy, and the old, familiar animated interactions. Seeing you during my days was always a joy, and of course I always looked forward to playing with you at bedtime.

I didn't even mind that you let other people play with you. Or that you asked me for money every time, like a prostitute with a taxi meter. As long as we could enjoy each others' company, I was happy just to be near you.

But lately, I feel like the joy has gone out of our relationship. At first, I just took you for granted, because you were always there, on every device I own. Recently, I've been more likely to curse you than appreciate you. Simply seeing your happy animations was apt to make me shudder with frustration and anger.

So it's with deep sadness that I'm sending you this note to tell you: It's over.

No more levels. No more games. No more lives.
No more candy. No more of that damn chocolate polluting my world.
No more dying-five-times-in-a-row and having to wait for more lives.
No more orders to fulfill while bombs exploded in impossible-to-get locations.
No more playing-levels-until-lucky-combinations-got-me-past-unwinnable-setups.
No more swearing at my tablet.

I'm moving on. I've uninstalled you from all of my devices; you're out of my life.

At first, I thought I could get by with just not playing you as often, but I just kept finding myself going back to your life-sucking trough, dying and dying over and over and over again. I couldn't simply play less if you were still around; I was too addicted to your torture. I've had to get rid of you completely just to get quit of you.

Don't think you can win me back, either - the saved game data is gone gone gone, like my initial crush the first time you killed me five times in a row within a minute and made me wait to try and get killed again.

And don't think this is about someone else - there is no game that can replace you. There is only a hole in my life where my time used to drain. A gaping, bleeding, frustrated hole.

Dear Candy Crush: I loved you once, with your sparkly cartoon animations and you're slightly disturbing 2D characters.
Now get the hell away from me, you addictive whore. 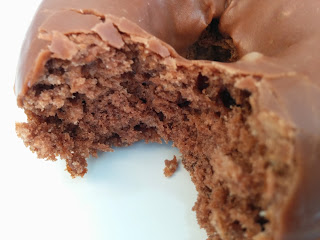 Round and holy, super gooey,
Light and fluffy, extra chewy:
Donuts are my favorite kind of food.

Have one on a Friday morn,
The day you die, the day you're born,
Eat them when you're ever in the mood.

They're perfect for a little snack;
I always keep some in my pack.
They're the food I really most adore.

There's nothing wrong with eating one,
Or two, or eating till they're done,
And then returning to the store for more.

So have some now, don't be shy,
There's really no good reason why
You can't just eat the whole entire box.

Have them with your morning joe
Eat them fast, eat them slow.
Fill yourself from hat down to your socks.

Procrastination is the thief of time, video gaming the serial killer.

Practice what you preach; nobody likes an unrehearsed sermon.

Rome wasn't built in a day.
It's been two thousand years and the Colosseum still looks completely unfinished.

Always put your best foot forward.
It makes walking tricky, but shuffling works.
Posted by Chet Haase at 10/11/2013 No comments:

Two poems today, one for each donut I ate this morning. So far.

Donuts are what we become;
Glazed and fat and round.
Each donut that's in front of me's
The best that I have found.
Posted by Chet Haase at 10/11/2013 No comments:

Two is company,
Three's a crowd.
Four's a committee,
And five's not allowed.

Six is a gathering,
Seven’s a throng,
Eight is a horde, and
Nine is just wrong.

Ten is a multitude,
Eleven’s a mass.
Twelve is a rabble,
Thirteen’s a morass.

Fourteen’s a mob
And fifteen’s a joke.
Sixteen’s entirely
Too many folk.

For some things, having
More people is great.
But two is a good number
For a first date.
Posted by Chet Haase at 10/04/2013 No comments: