Today, a slight departure from my usual "Enough About You..." fare: a nature movie.

I went with the kids and a friend of theirs to Zeum in San Francisco yesterday and made this claymation pic.

A Letter from Santa 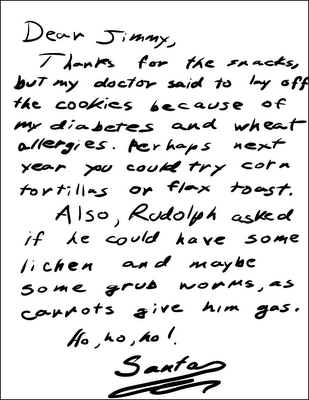 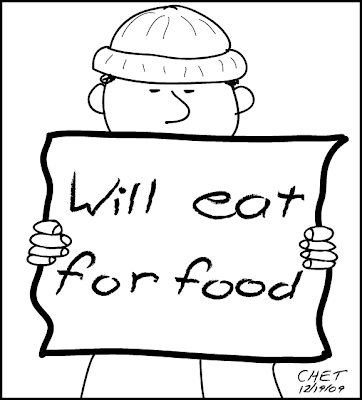 Measure twice, cut once.
Then have your finger reattached before trying a second cut.

When I am King: FacerealityBook

Social networks will be more realistic.

For a social networking site, Facebook is vastly different from any society I’ve ever been a part of. Instead, it’s like a great big warm hug from your friends, smothering you in caresses of affirmation and "You go girl!" and "LOL!"s until you can’t breathe for all of the positive reinforcement.

A typical status update may be something like, "I really want that danish … but I shouldn’t!" followed by scores of comments like, "You deserve it!" and "Me too!" and "Go on, just one can’t hurt. Or even two! :):):)"

It’s like a magic eight ball, only the random answer generator is made up of real people, just trying to give you the answer you want.

When I am King, social networks will keep it real. There won’t just be “friends” you can add to your circle, but your circle will instead include arch-enemies, vague acquaintances, and random lookers-on. Any question or status posted to the ether will solicit real responses from people that honestly don’t give a damn. The same danish-pining post above may engender responses like "So?", "Then don’t, fatty. Now piss off." and "Skip the Danes, try the Swedes!", plus some random heavy-breathing comments. And maybe a homeless guy asking for change. That’s what a social network is all about – honest answers to life’s questions.

Limitation is the sincerest form of flat.

A bird in the handle is worth two in the bushel.