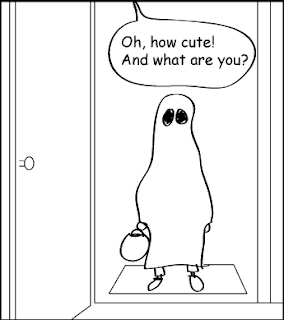 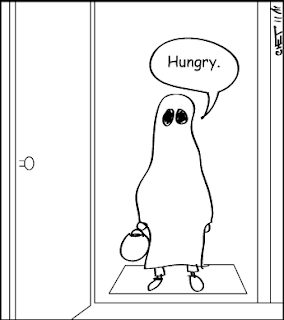 Those who live in glass houses shouldn't.

Time waits for no man. It waits, instead, for a woman named Irene, who's very, very late.

Beauty is only skin deep, which explains why someone's so ugly when you cut their skin away.

I've always wondered at the difference between people like me ("music snobs", according to my wife), and people who care deeply not about the music itself, but rather the quality with which the music is reproduced (heretofore referred to as "audio snobs").

I've done some research and have created the following Venn Diagram to help others understand the important distinctions in these demographics.

When I am King: Buy the Way

We will buy only what we can actually use.

What is our fascination with Costco? Do we really need that much of anything?

I was there the other day, pacing the aisles, and came across some scissors. “Great!,” I thought, because we had only one pair at home and they were broken. Clearly we needed new scissors. Perfect timing.

I ignored the fact that I was buying a pack of scissors - not a pair. And not just two of the things - this pack had three pairs. But I was fine with that, happy in fact, because this meant we’d have back up pairs. So when one breaks, you can just reach in the drawer and pull out another one. No need to rush to the drug store in the middle of the night to replace the scissors - just root around in the junk drawer and pull out the next pair. And I had proof at home that the things do break, so this was obviously a good thing.

This rationalization completely ignored the fact that we’ve had that broken pair at home for the last two years. At no point did the situation escalate into a scissors emergency. The only time it ever occurred to me to replace them was in that aisle in Costco. There is no “emergency” with scissors - just situations that might require a bit more time and care in cutting. Or the use of, say, a knife. Or teeth.

But somehow, we’re brainwashed in that massive store into thinking that we need these huge things. And lots of them. Potato chips? Love ‘em - gimme that 10 pound bag. That taquito tasted pretty good - I’ll have a bushel. And my, isn’t that a great deal on a steamer trunk full of car batteries?

One of the reasons for the overabundance of things in each package is the currency that Costco uses. It’s based on the U.S. system, but works a bit differently. In the U.S., we’re debating whether the penny should still be in circulation; it costs more to produce than it’s actually worth, and rounding off to the nearest nickle seems like a fine workaround (tragically unfair to President Lincoln, but then he probably won’t know). But in the sovereign state of Costco, they have done away with the penny entirely. And the nickel, and the dime, and all coinage for that matter. They’ve also eliminated the one and the five dollar bills. They have made the ten dollar bill the minimum denomination; everything in that store costs at least $10.

They obviously want to sell items that actually cost less than $10 in the real world, so they make it work by just throwing as many of them in as it takes to get to that minimum price and then shrink-wrapping the whole ugly bundle together. That’s why I have enough disposable razors and Q-tips to last me until the zombie apocalypse. I’ll have the cleanest brains those zombies will ever slurp.

Meanwhile, we all need larger and larger cars and houses just to transport and store these items. SUV owners might claim that they buy their cars for their wild, off-roading lifestyles, but we know better. I’ve seen Expeditions slow to a crawl just to cross a speed bump in the grocery store parking lot, truly an exciting expedition for that family.

No, we all need these monster vehicles just to fit our purchases from Costco. We also need bigger houses to keep the stuff. This explains why in California, where we don’t have basements, nobody parks their car in their garage. Instead, it’s where we keep the stacks of napkins, and boxes of diced tomato cans, and pasta packs that cannot fit in the house.

It shouldn’t be called Costco, it should be called Bomb Shelter Depot. Why else would we need so much damned toilet paper? Only when the Big One hits are we going to justify all our stockpiling efforts. Of course, that’s when we’ll realize that we were really good at storing shipping containers full of ramen noodles, but didn’t happen to set aside any drinking water.

When I am King, we’ll all buy just what we need. More like the Native Americans. When they hunted, they killed just what they needed and they consumed it all. They didn’t buy a herd of buffalo and stick them in the bench freezer. Heck, they didn’t have basements either, or even garages; where would they have put the things?

We need to return to that model: figure out what we need, and buy that. Simplify, scale it down: purchase, consume, repeat. Except for those potato chips, because they look really good. And I know I might to need a second stapler one day, so I’ll just get that two-pack now.
Posted by Chet Haase at 10/20/2011 1 comment:

When I am King: Age-Old Solutions

There will be no more mid-life crises.

The mid-life crisis is one of the most significant moments of our lives. It is the turning point where we go from thinking that anything could happen to knowing that nothing did.

It’s the out-of-fuel part of the journey, that time on the highway where the gas tank Empty light goes on, and you see nothing but prairie and tumbleweeds for miles around. All you can do is to ease off the accelerator, turn off the air conditioning, and turn up the hope as you coast toward your fate.

It’s also a time to take up new hobbies, like heavy drinking and visiting the doctor. It is the time of life for which television shows like Jerry Springer were invented, to help you realize that no matter how bad things are for you, they could be a lot worse.

But all of this is such a waste of energy and drain on our society. There are so many other things that we could not quite achieve in our lives, if only we could continue to make the pointless effort.

When I am King, the mid-life crisis will be a thing of the past. Or, rather, it will be a thing of the future. Medical advances will greatly extend the human lifespan, using everything from robotics to formaldehyde. Mid-life will, necessarily, be extended by years as well, allowing us decades more of productivity before we recognize our inherent uselessness and insignificance.

The best part is that medical advances will extend how long we live, but not the aging process, so we will still be getting senile in our 80s and 90s. This means that if we can manage to hold off our mid-life crisis until the same time, then we’ll have the added advantage of combining these maladies. So while a mid-life crisis may be just as torturous and meaningless as it always was, our senility will ensure that nobody will notice, remember, or care.
Posted by Chet Haase at 10/07/2011 No comments: