When I am King: Founding Fathers

I’ll be a less grumpy ruler.

I spent last week in Washington, D.C., taking a look at how the U.S. government is run. Or how it crawls, as it were. And how it all began.

For one thing, the founding fathers were grumpy.

It’s tough to know the true faces of our fathers. At least, it’s tough if you’re talking about our founding fathers, who passed away some 200 years ago. But we can learn a bit about them through their legacy and through the images they left behind. In particular, we can look at the paintings, sculptures, and monuments that were, er, erected

When I saw the first painting of one of these great men, I thought it was that the model was just having a bad day. 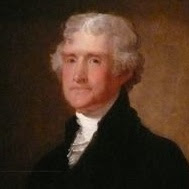 Or maybe that the painter was feeling ornery. 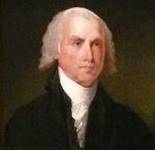 But the more paintings I saw, the more grumpy old men I discovered.

Then I looked at the sculptures. Now, you could say that marble or bronze is a hard medium, producing hard looks. But this guy would beg to differ: 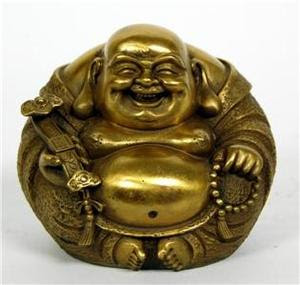 You could also say that the sculptor had a bad day 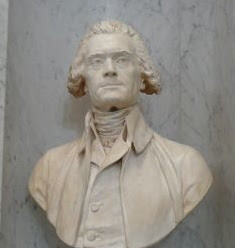 or that the model got tired of posing 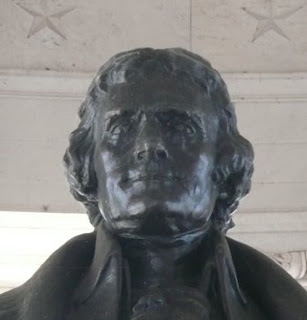 But after all of this art and all of these different men, I’ve come up with a different, more reasonable theory: the founders of democracy were just plain grumpy.

I can’t say I blame them. Look at it from their point of view. They put up with the tyranny of a remote and somewhat insane king for a long time. Then they finally got up the nerve to fight a doomed war with no army, no central government, and not even a decent pair of boots. They manage to defeat the other side only to then suffer years of bureaucratic hell debating what kind of government to form. They manage to do this in just eight years (compare that to anything accomplished in any two terms of presidency since that time), establishing a democracy that survives to this day. It took the French years and more than a few severed heads to get this far, after which they chucked it all away and begged for an emperor to take over.

After all of that work, they then started the real hell and torture of their lives, learning that democracy is just a fancy Greek word for “everybody gets a chance to whine”.

By the time they sat down to pose for the artist, they simply had no joy left.

I believe that another, more probable, reason for their demeanor was that they were simply constipated. Perhaps the diet in those days just didn’t offer the variety of fiber-rich foods that we see today on our way to the donuts. This theory is borne out by the linguistic fact that constipation comes from the words Constitution (the governing articles these men created) and pater (father). So constipation is literally the state of being a founding father.

When I am King, I’ll have all of my portraits done before my term begins. Oh, and I’ll also manage to enjoy my rule. This won’t be no stinking democracy where I have to actually listen to the people and compromise. Plus, I’ll eat more fiber.
Posted by Chet Haase at 8/03/2011

Email ThisBlogThis!Share to TwitterShare to FacebookShare to Pinterest
Labels: humor, politics, When I am King