Now is the weekend of our discontent.

This, for me, is the Great Anti-Climax Weekend.

Finishing a product involves a mad, mad rush to the end: working hard, worrying about bugs, feeling like some problem will arise that requires entirely re-working fundamentals of the system, and generally freaking out about finishing the damn thing. The adrenaline pumps into my system at a rate matched only by the high-octane caffeine injected by the IV drip system rigged up to keep me propped up at my desk.

Large, recorded, live-streamed conference presentations enjoy the same fate. Pulling together content to present (which is particularly fun when the product is a moving target, being developed in parallel with the presentation), making diagrams and slides to make inherently complicated concepts easy enough to understand for the wide gamut of people in the audience, writing applications to illustrate the concepts, and generally deciding what the heck to say about every topic also pumps sufficient adrenaline into my system to run the Hunger Games.

Doing both of these things in parallel is enough to make my head explode, were it not for the size and hardness of my skull. And finishing off the journey by hopping onto a stage, which packs its own special brand of high-wire, Russian roulette excitement (Am I saying anything that can get me fired? Did I remember to zip up after visiting the restroom?), brings the energy to a delicious fever pitch as it all comes together in those final hours of laying all of these efforts out for everyone to see.

And then, suddenly, it’s over.

The tornado is in full-destruction mode, trees are flying everywhere, houses are picked up and hurled around (“Auntie Em! Auntie Em!”), and then it’s quiet. It doesn’t dissipate slowly; it stops dead as if it never happened. The trees are replanted, the houses are back where they were (“There’s no place like home!”), the sun is shining, and everyone around you is having normal conversations about groceries and walking the dogs as if you awoke from a dream and none of it ever happened.

Then I spend the next few days trying to get my feet back under me. It’s like running full-tilt on a moving walkway right off the end and onto the floor, which refuses to move along with you. The first step is fine, then your body realizes that it’s going twice as fast as it can handle and knows that something needs to change quickly to avoid having your face hit the floor instead of your feet.

This is that weekend for me. My mind is still running at the moving-walkway pace, while my life has stopped moving underneath. I’ll spend this entire weekend thinking that there must be a million things to do, and feeling unsatisfied because I’m not getting any of them done.

I should start working on the next product just to channel the energy. Or do some standup just to keep the stage adrenaline going. Or write about this bizarre feeling that always accompanies the end of these kinds of projects, just to get it out of my system.

Or maybe, just maybe, I should do nothing for a while, just to see what it feels like. Nahhhh.
Posted by Chet Haase at 6/30/2012 No comments:

We had an interesting walk in Monterey this morning, in which we followed "Coastal Access" signs all over the backside and inside of a hotel, trying to find the actual coast. 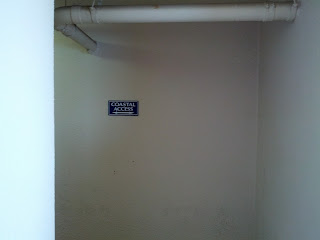 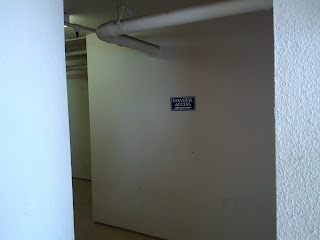 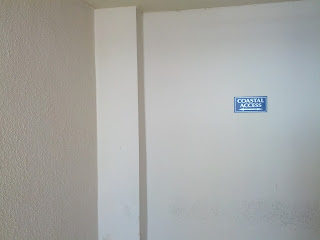 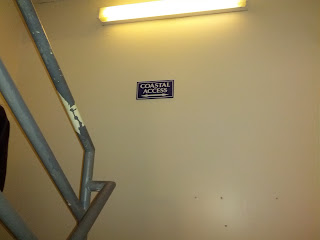 When we finally did locate the beach, my son thought it wise to define the term correctly: 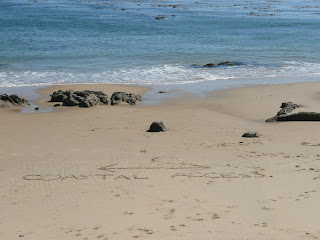 An email that starts out, "Dear Poet..." is bound to make anyone shudder. But I braved my way past the greeting to find that the email was informing me that I was one of the winners of the Monterey Bay Aquarium's jellyfish poetry contest, set up to promote this weekend's World Oceans Day event.

I expect the celebration will include a parade through Monterey, a key to the city, a vacation home on the Carmel beach, and an honorary position as the town's Poet Laureate.

Here's the winning poem (and here's a different piece that I opted to not submit):

A Jelly Wandered
A jelly wandered far from home
And drifted through the sea
In search of great adventure
And the joy of being free.

Tumbling through the waves and diving
Down onto the floor,
He soared through beds of coral and
He only wanted more.

Twirling, swirling, parasol
Of luminescent white,
He journeyed through the ocean
Full of calm and without fright.

For though the others teased him
For the brain he hadn’t got,
He had a mind all of his own,
And spineless he was not.
Posted by Chet Haase at 6/09/2012 2 comments:

When you break up with someone, friends may tell you, "There are plenty of fish in the sea."
What they're saying is that they wish you'd go drown yourself.

Any close relationship will always reach a time when you realize that that other person does not share your exact views, does not look at the world in the same way, and generally is not the same person that you are.
At these times, it is best to take a step back, take a deep breath, and hit them.

Success comes from passion.
Find something you really love to do, and do it over and over until you hate it.

When I am King: Space Exploration

Everything will have its place.

I used to believe the common misconception that death-by-old-age happened because various medical problems simply add up over time and overwhelm the body.

I know now that this is wrong. Death, instead, comes not from the body, but from the mind - it’s confused and overpowered by this constant, nagging question: where do we put all of this stuff we have? Eventually, it simply gives up and checks out, because there is no good answer.

The longer we live, the more we accumulate: hand-me-downs, purchases, gifts, 2-for-1 deals, important mail that we should hang onto for some unspecified time. With each new thing comes the associated items that we have to find a place for: the old thing that it replaces, the manual and associated paperwork that came with the new thing, and the cords and extra parts which the new thing will need only after we throw them out (so we keep them forever, stashed in places that we will never find again).

And then there are the boxes, tons and tons of boxes. These things always come with boxes that are perfectly tuned to the size and odd shape of the new thing. And we know that we may need to pack the thing up and return it, so we’d better keep the boxes. Forget the fact that we’ve never returned anything we bought by mail before; there’s always a first time, and it will come only after we’ve chucked the box and have no way to pack the item up.

So we hang onto this stuff and have to figure out where to put it. We put the extra, obsolete version of the thing in the bedroom. Or the bathroom. Or the kids’ rooms. But soon we run out of those options. Some people have more kids just for this reason, but are then faced with the problem of where to put all of the children.

We put the cords and extra parts in indistinct piles of other cords and parts in places that we can never find again. When we do stumble upon these random objects, we cannot remember what objects the parts go with, which explains why we always have hundreds of power adapters spread throughout the house, but can never locate the one we need for the gadget that needs it.

We put the boxes in the attic. Or the basement. Or, lacking these spaces as we do in California, we put them in the garage, or the corners of rooms, or pretend that they're extra bedrooms for the smaller kids, or anywhere we can find space.

We always attempt to play the Russian doll game with the boxes, placing smaller ones inside other, but find that somehow the boxes are never proportionally sized. There is a Theorem of Box Collections that states that for any two boxes A and B, exactly two of the dimensions of A must be greater than those of B. So any box that fits inside another must, therefore, stick out the top. There is a related Theorem of Expanding Packing Pieces that states that the form-fitting styrofoam modules that come with a box take up more volume when the packed item is removed than they did originally, guaranteeing that the Theorem of Box Collections is moot, since there’s no room inside the box for air, much less another box.

Soon the storage spaces of our living areas are filled with these smaller, cardboard storage spaces. So we have nothing but space in these rooms, but they are filled to capacity and we cannot fit any more.

Meanwhile, our families are having storage problems of their own - parents downsize houses or go on regular purges of your childhood memories. But rather than actually get rid of things they cannot part with, they ship it to you. And since it was a gift, a family heirloom even, you get to figure out where to put it. And the box it came in.

The problem only gets worse as we get older because we just keep getting more stuff. And the stuff keeps getting more complicated. I bought a stereo component 20 years ago that came with a box. That’s it - just a box. I bought another to replace it recently that came with a manual, a DVD with the manual, wires for all possible combinations of audio and video input and output I might possibly need (assuming I was building a professional broadcasting station), a remote, stickers, labels, boxes inside boxes, and carefully contoured styrofoam packing modules. Where do I put all of this stuff?

This is the largest problem weighing upon the mind of the aging, increasingly the older and more laden-down they get. Eventually, the mind simply gives up and the body takes it from there.

When I am King, we will explore space. That is, we will explore the galaxy, looking for more space. This will not be for the traditional, ridiculous purpose of expanding human knowledge, or achieving scientific goals, or boldly going where no one has gone before - it will just be to find more space to put stuff. It will be a mission to find a really large closet.

Obviously, the stuff that we put there will not be very accessible. But the reality is that we never actually need these things - these boxes, components, and hand-me-downs never get used, or even looked-at again. Instead, we just keep them for our own peace of mind, so that we know that if we do need them, they still exist somewhere.

Once we have solved this problem, people will be happier and more relaxed and everyone will live much, much longer.